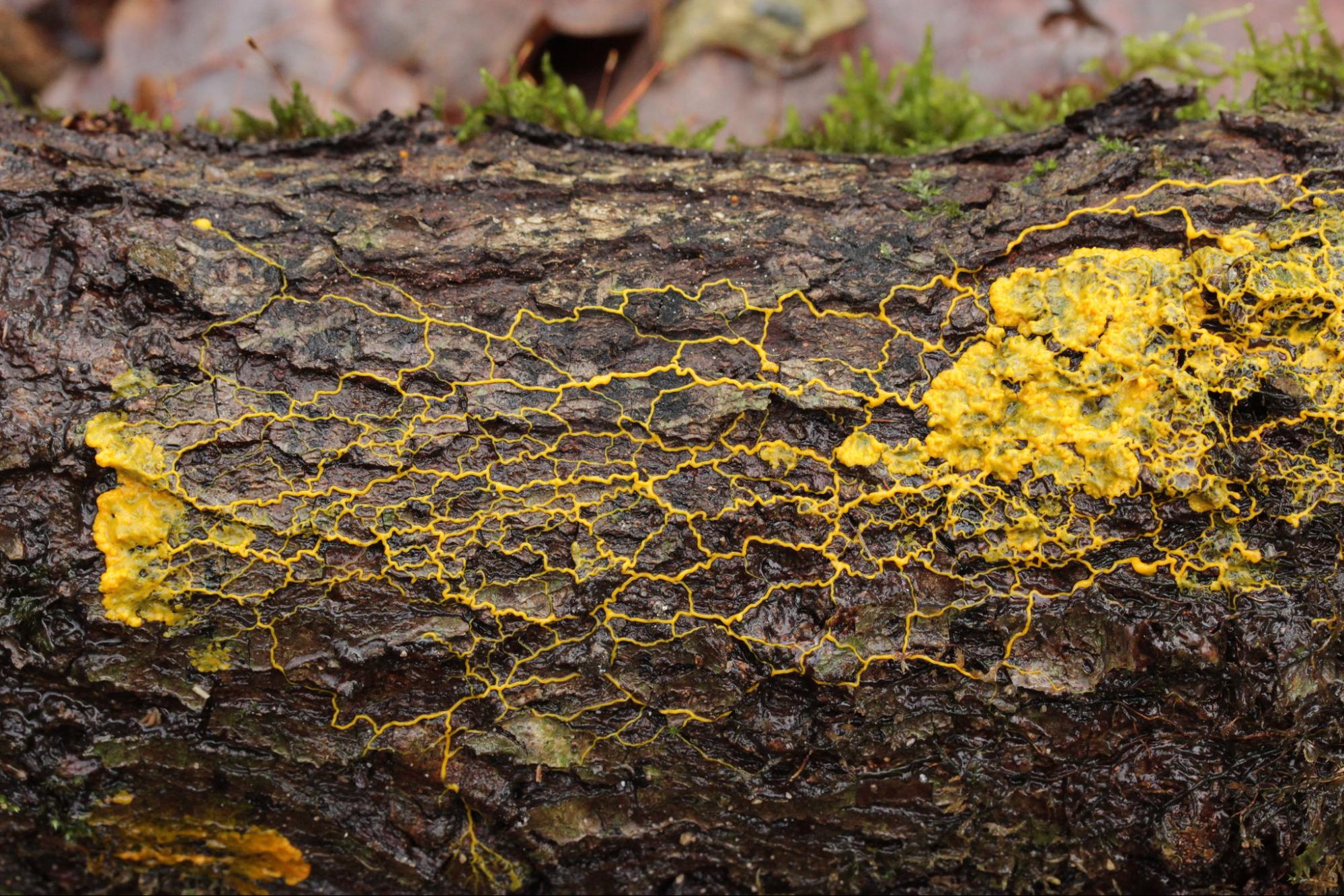 Heather Barnett ran an event at the conference called Being Slime Mold, where participants imitate the primitive intelligence and collective action of a slime mold. This slime mold photograph is from Björn S...

For a while we’ve been interested in collective intelligence and how it can be used to identify and tackle important problems. In a previous post, we looked at methods that could help democratise futures thinking, many of which have a collective intelligence aspect. To explore more, I went to Nesta’s conference 21st century common sense: Using collective intelligence to tackle complex social challenges. It gave a good overview of current activity and thinking on the topic, and I wanted to share some of the themes I came across there.

What is collective intelligence?

Collective intelligence is created when people work together, often with the help of technology, to mobilise a wider range of information, ideas and insights to address a social challenge.

This is not something new – parliaments, business meetings, and scientific institutions all enable collective intelligence. But new technologies offer new options – Wikipedia helps people collaborate to build an encyclopedia, Loomio helps people make decisions without meetings, and the Human Diagnosis Project brings together medical professionals to collaborate on diagnosis.

Interesting themes at the conference

How to experience the challenges of group decision making

Group decision making is central to collective intelligence. I got to experience the challenges of this first-hand through an immersive theatre experience called The Justice Syndicate.

I was one of a 12-member jury asked to decide whether a fictional top surgeon accused of a serious crime was guilty or not. Guided by instructions on tablet computers we read forensics documents, saw videoed witness testimony, and read out lawyers’ statements. Periodically we had discussions, and voted on whether we thought he was guilty. It was an intense experience - the subject matter was disturbing, and the realism of the situation gave me a sense of responsibility for making the right decision.

After we’d made our decision, neuroscientist Kris De Meyer shared what he’d found through his work on the project. As well as telling us about the science, he said that it was unusual for us to have converged so rapidly on a unanimous verdict. Often more than one final vote is needed to get to unanimity, and sometimes there is a lengthy and heated discussion between two opposing groups.

The experience of going through this process and hearing the variety of ways different juries made decisions lead me to question my own rationality. Although we can know intellectually about the biases we all have, experiencing it makes it more real. It would be great to see these immersive decision making experiences used more widely, so people can experience the ways in which their thinking can go wrong.

Why we need to fill data gaps

Several speakers thought it was important to draw on new sources of data such as social media, which can be more useful than survey data. For example, Maesy Angelina from Pulse Lab Jakarta described their project Haze Gazer, which identifies pollution from forest fires in Indonesia using both satellite imagery and data from social media.

Filling gaps in existing data is also important, especially if these gaps harm particular groups in society. For example, Jessica Sena the OpenStreetMap group GeoChicas mentioned that only 3% of OpenStreetMap contributors are women, which affects the information that gets added to their maps.

Maesy Angelina from Pulse Lab Jakarta also emphasised the importance of having “thick data” as well as “big data”. As Tricia Wang defines it

Combining thick data and big data is a good example of combining the strengths of machines and humans. Pulse Lab Jakarta did this effectively when they used ethnography to understand why they were seeing complaints on social media about school opening times in areas affected by forest fires. By sending ethnographers to the affected areas, they found that children ended up walking a long way through polluted air to get to school, only to find that the school was closed because of the haze.

Several speakers were working on software to help groups make better decisions. For example, Vito Trianni has developed software to give feedback to groups who are making decisions. He hopes that the software can help overcome some of the challenges of group decision making such as herding and overconfidence. Another speaker, David Baltaxe from Unanimous AI presented software inspired by the dynamics of flocks and swarms of animals. It has has been used in forecasting, business decision making, and in helping groups with different political views to set priorities.

How this is relevant for Good Problems?

When designing problem-led funding programmes we have to draw on the knowledge and wisdom of many people. We read many documents, look at data, talk to experts, and help our clients’ teams make tough prioritisation decisions. We’d like to explore how we could use collective intelligence to help with this.

As well as informing our own work, we think collective intelligence is a useful way of thinking about how society as a whole can understand, prioritise, and solve problems. We look forward to seeing how the field evolves and what innovative projects emerge from funding programmes like the recent collective intelligence grants from Nesta, the Wellcome Trust, the Cloudera Foundation, and Omidyar Network.