We’d like to introduce the newest addition to Science Practice, the MinION: 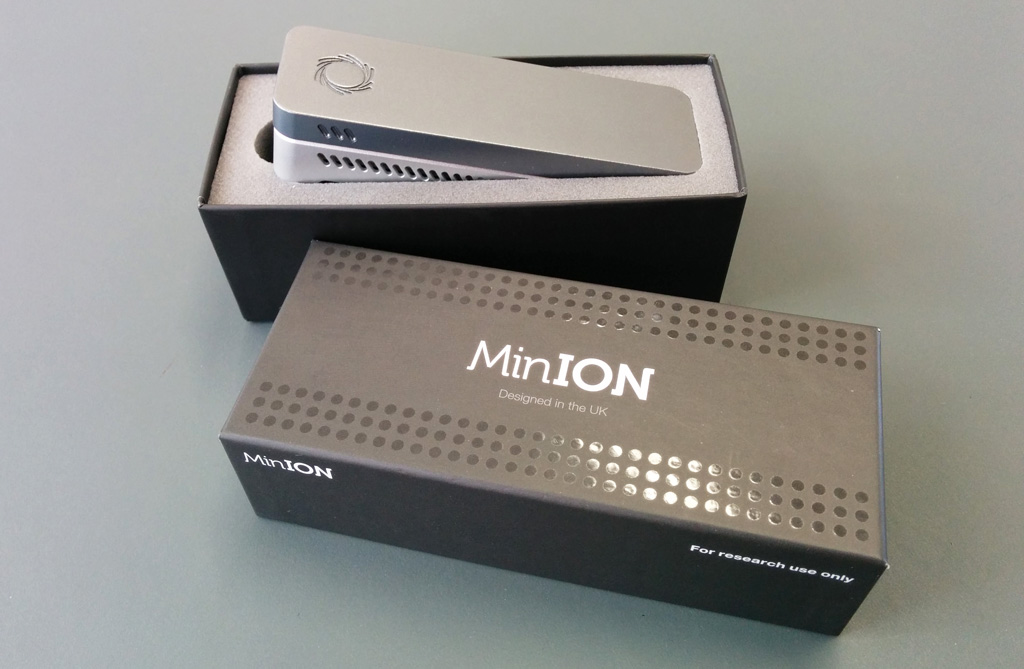 The MinION is Oxford Nanopore’s device for real time analysis of biological molecules such as DNA, RNA or proteins, in other words our very own genetic sequencer! We were given a MinION as part of an early access program when we attended Oxford Nanopore’s London Calling 2015 conference:

We were at the plush Altitude London venue on 14th and 15th May to hear all about how the MinION works and what it’s being used for, like sequencing Ebola to trace infections. We also presented one of our own projects which might incorporate the MinION: a toolkit for prototyping microfluidic diagnostics.

The format of our presentation was a Pecha Kucha (20 slides for 20 seconds each) pre-recorded as a video for a rather intriguing collective-noun: a “fleet of iPads”:

The MinION fits right in at our office, and we think it might be the first genetic sequencer in Shoreditch? 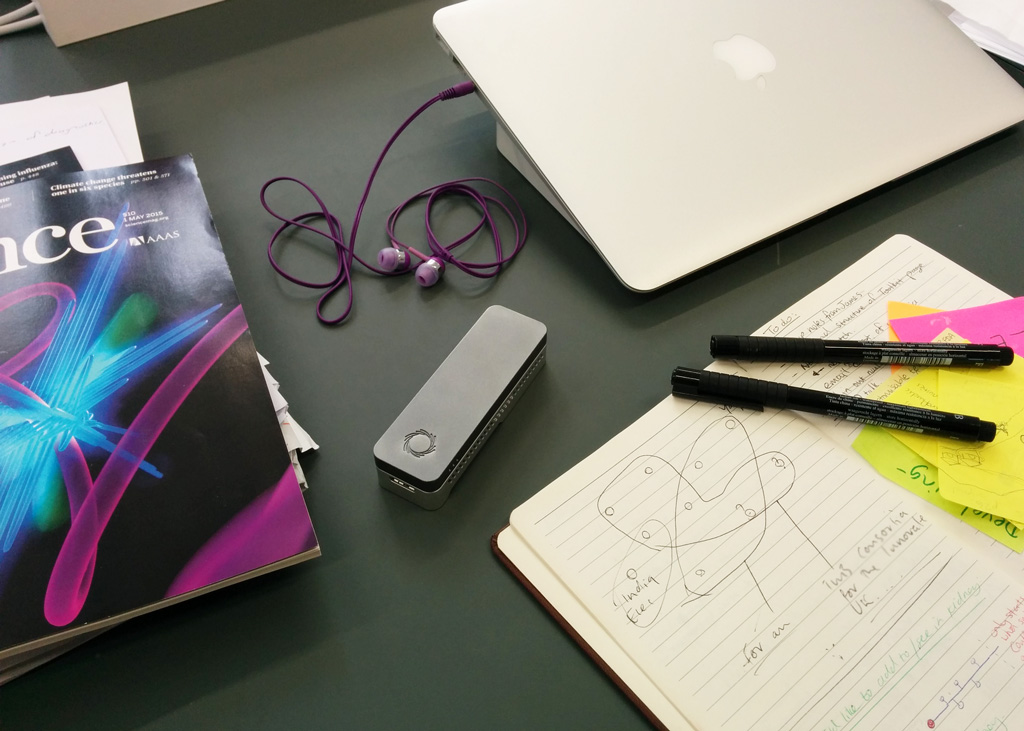 The MinION making itself at home in our office

It connects to a laptop via USB and houses a flow cell containing the sensing technology: a membrane spotted with nanopores which act as single-molecule detectors. Each nanopore pulls a strand of DNA across the membrane, creating a unique current signal for each base pair. 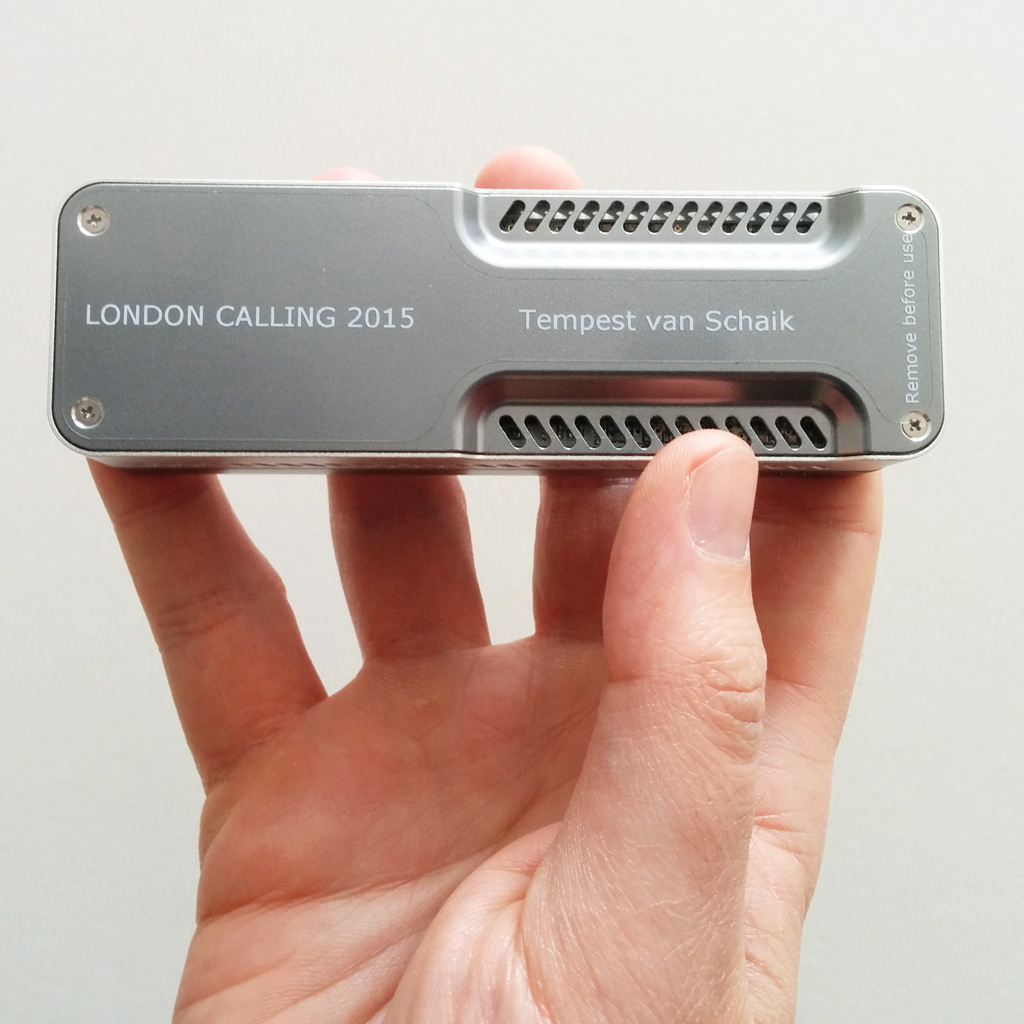 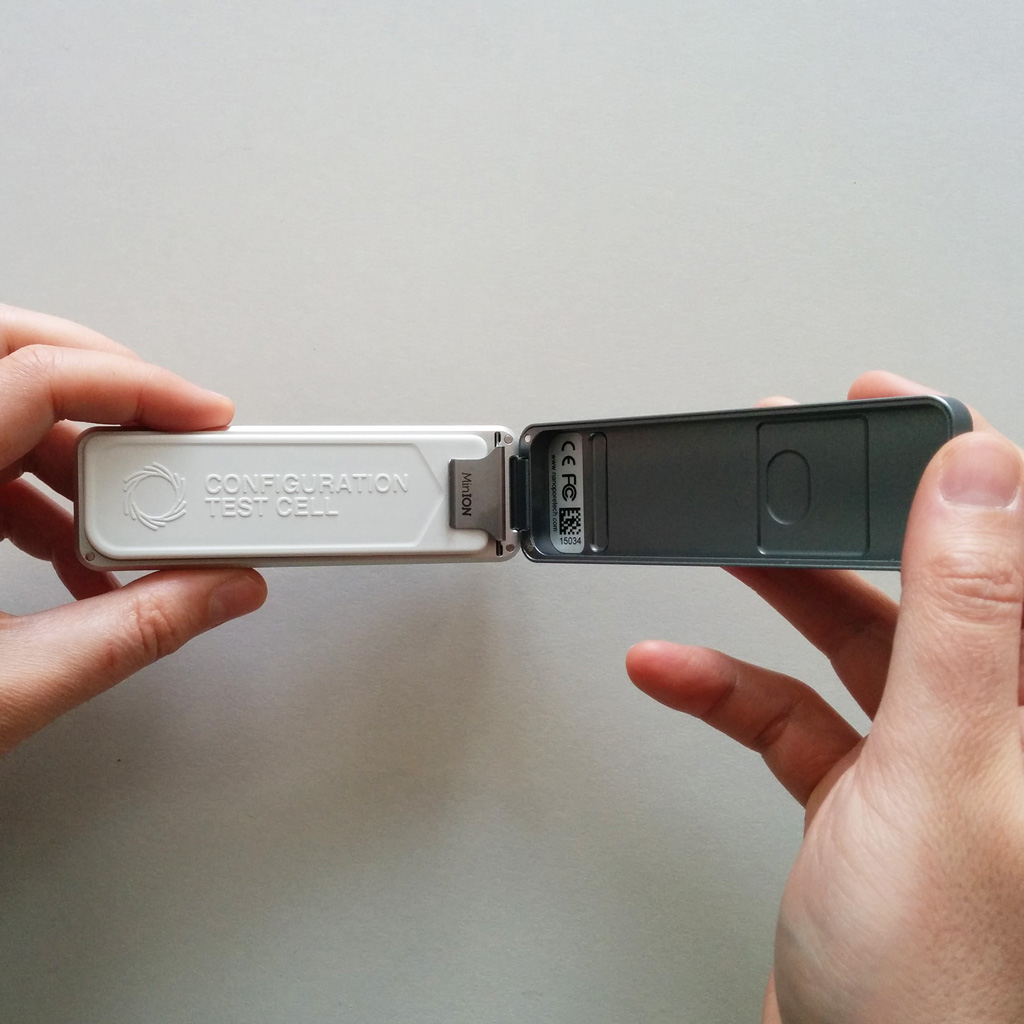 We can’t wait to dive in and explore this new tech, so watch this space to find out what we do with the MinION first!